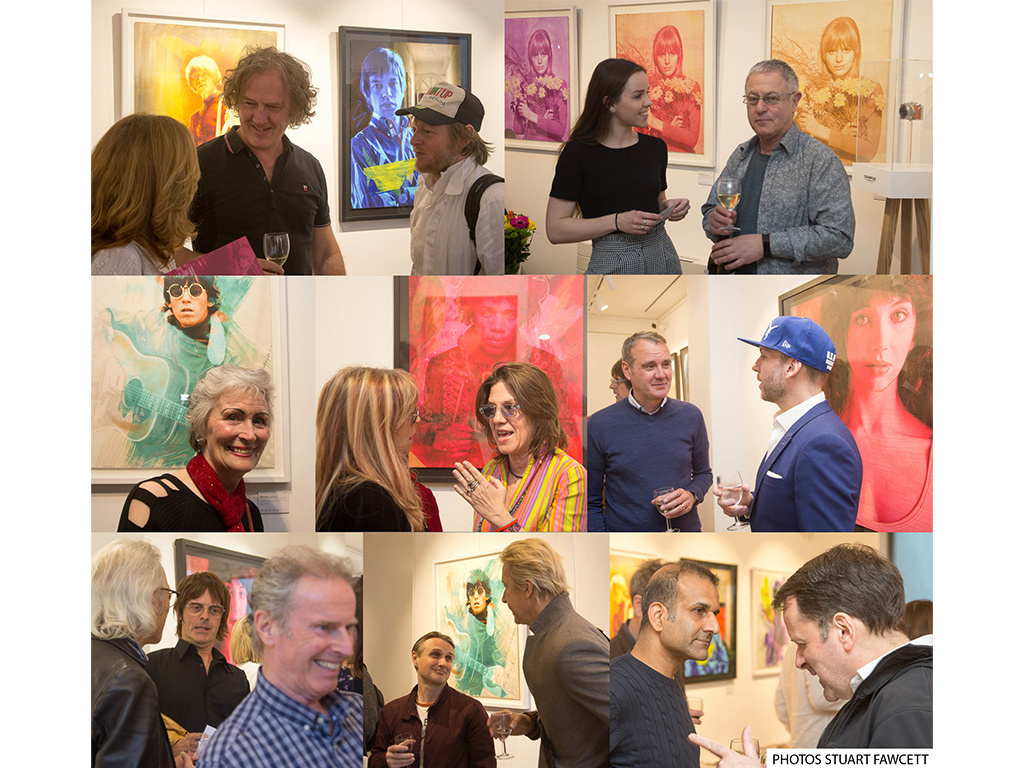 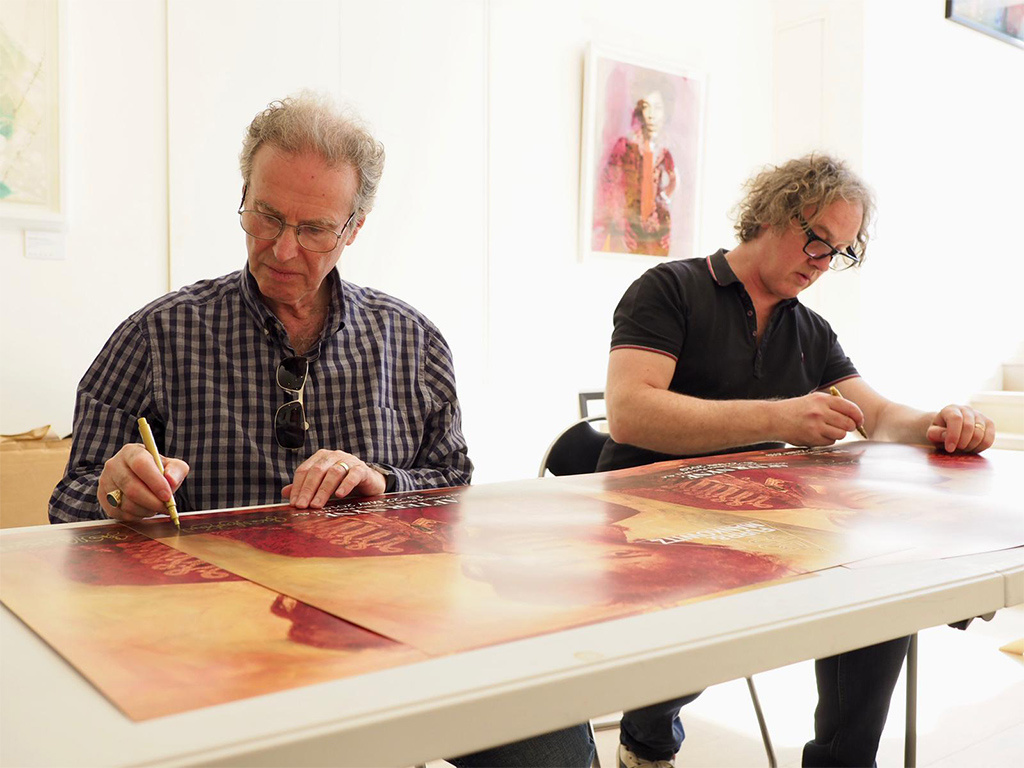 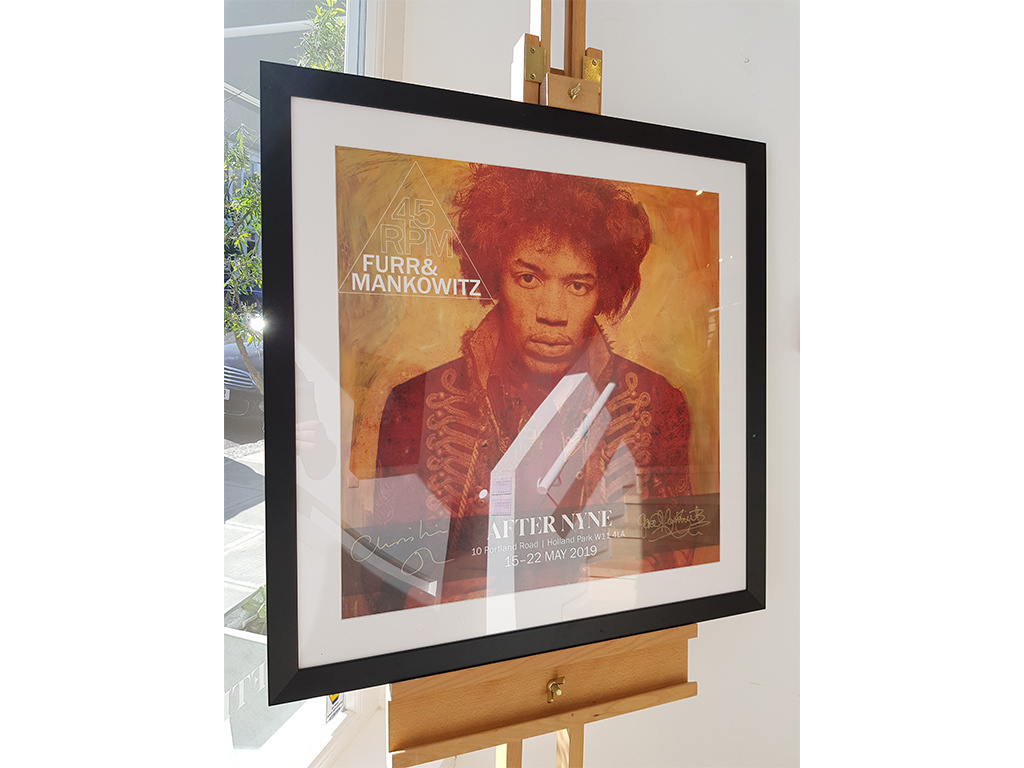 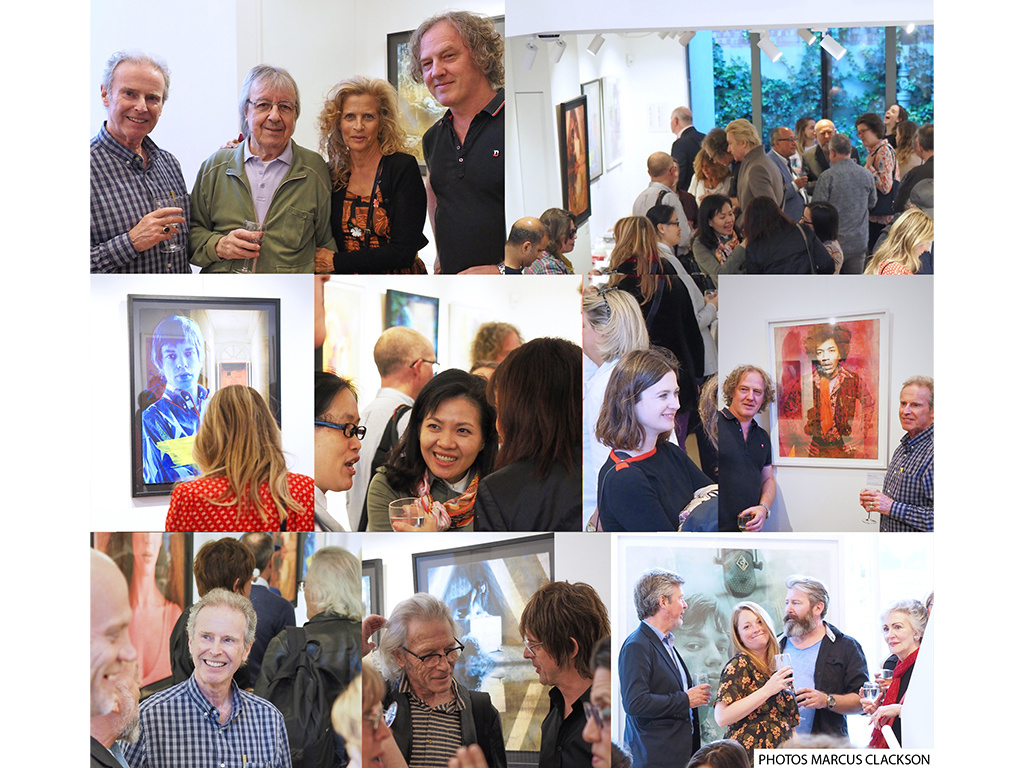 See images from our last exhibition held at After Nyne Gallery in Holland Park between 15th – 21st May 2019.

As a teenager, Gered Mankowitz was asked by Andrew Loog Oldham to photograph the Rolling Stones and at the age of 28, Her Majesty The Queen chose Christian Furr to paint her portrait – the rest is history.

Both artists have since honed their crafts and are globally recognised in their fields. In the early nineties the pair met and became friends which has ultimately led to their individual oeuvres merging today in a stunning new art collection – 45RPM which fuses Furr’s distinct painting style with Mankowitz’s classic images.